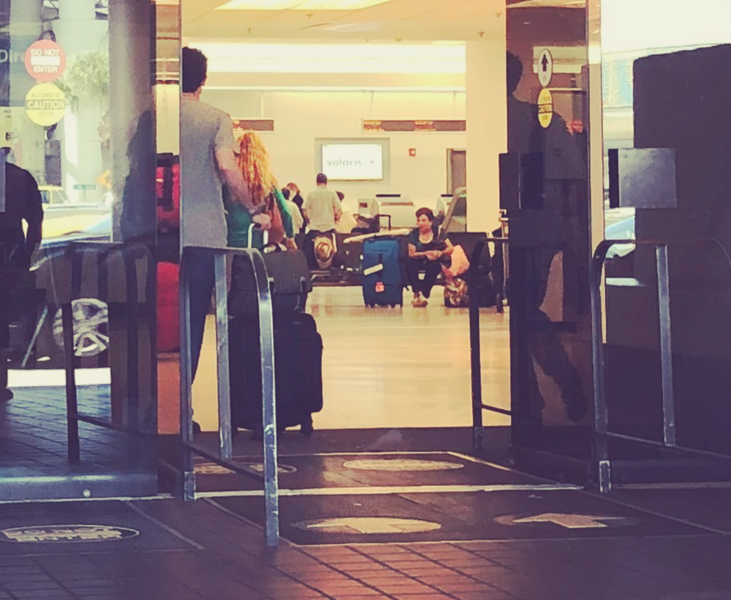 Yesterday my husband left again for another 3 weeks. As I mentioned recently, he’s away on business trips with his company helping to upgrade the phone systems on cruise ships. We had just gotten him back the previous week and this past Sunday we drove to the airport and dropped him off.

Sebastian is not doing so well with the whole thing. He misses his dad. The whole week my husband was here Sebastian was acting up and whining and I know it’s because of my husband. Know that if he could, he would hug him and by sheer will, physically attach himself to my husband so he could go everywhere with him. Sebastian loves me, but he is all about Daddy.

Saturday, when my husband was packing to get ready for the following day, Sebastian spent the better part of a half hour to an hour just crying asking Daddy not to go. He was pretty heartbroken when he found out that my husband was going to be gone for another 20 some days, and it was heart-wrenching to watch his heartbreak that way. Sebastian made my husband promise to try to be back in “two sleeps” otherwise known as two days. My husband promised he would try, because really, my husband doesn’t want to be over there either, but we all knew that it wouldn’t happen.

Meanwhile, I’m on day one, part 2 of solo-parenting and it didn’t go so well. Madison has spent the whole morning crying and being clingy and on my to-do list I had a few things I needed to get done, like the never-ending pile of laundry, some blog work (like this post) and my prototype tutu that still needed to be sewn.  But all I accomplished to get done was one load in the washer and the kids fed and that was it because I could not shake her. She’s in that phase where she’s starting to learn to speak but is unable to really express herself yet so she gets super frustrated and just starts crying because she can’t tell me what she wants/needs. And, on top of that, I’m trying to slowly wean her off. We are going on almost two years of breastfeeding (more on that in a future post) and the more I try to wean her, the more she tries to latch on. If there is anyone that has any tips whatsoever on how to make this a smoother transition, I would love to hear it. This will be my first time dealing with weaning, so I’m at a bit of a loss on how to do it smoothly without so many tears from either one of us.

So for the next 3 weeks or so, we’re going to go about our days as usual, I will try to find help from my family to relieve me of the kids every so often so I don’t go so bananas, and I will try to fill their days with activities to wear them out so when it’s time to sleep, they will happily doze off to sleep without putting up much of a fight.