I absolutely abhor how badly I have abandoned my blog but life has been non-stop for me! I didn’t think adding a child to our family would be this hectic. I knew it would be busy to a point, but I didn’t realize that taking care of two kids under 4 would require everything from me every moment of every day to the point that I don’t even have time to write my thoughts down. So now here I am trying to play catch-up with everything. My house is in shambles, just like my blog, but I am slowly trying to make more time for me and housekeeping and other things besides nursing a child and being at a 3-year-olds constant beck and call. As is, as I am typing this post, I am nursing one and watching the other play on the floor while continually exclaiming, “Mom! Mom! Look at this!” They both want my full attention all the time which leaves no time for me, and when I do have 5 minutes to myself I do things like shower or just sit on the sofa staring at the wall to decompress.

Madison is 6 months old. SIX MONTHS! I can’t believe how quickly time is flying with her. It didn’t feel this fast with Sebastian. It seems that adding another child to my life has also sped up time. She is such a sweet little girl and I truly am enjoying my time with her. Every day I get to watch her explore and discover new things. She has recently found her hands and is constantly staring at them and watching how her fingers move. She is also trying very hard to crawl. She gets around, but not as quickly as she’d like. She wants to be able to chase after Sebastian already as he is zooming around the house literally running circles around everyone.

As for Sebastian, he will be starting school soon. He is three and a half and I just registered him forVPK so that he could take advantage of Florida’s free Pre-K education. The day I finally drop him off at school for the first time will be such a mixed bag of emotions for me. I’ve been caring for this child for almost 4 years every single day and night and now he’s getting ready to be sent to the care of a teacher that will educate him and further mold him. On the one hand, it will be nice to have the morning off from watching him and be able to focus on Madison. On the other hand, he won’t be with me and I’ll be placing an enormous amount of trust on the school, his teacher, and society as a whole to care for my child when I’m not around. This is a BIG deal for my controlling nature.

Christmas at this house was very festive. We made a big deal about Santa this year. Sebastian even had me write Santa a list of things he wanted. He also got to tell him in person when he met Santa.

Santa was really good to the kids. There are quite a few toys that were given that they both love. 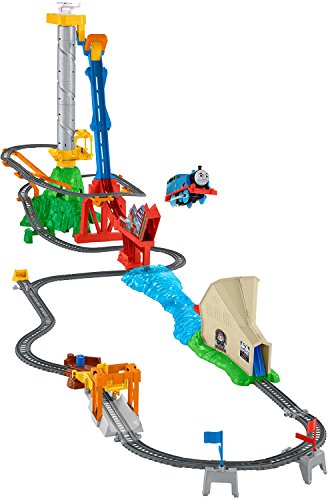 One of them is the Fisher-Price Thomas & Friends TrackMaster Thomas’ Sky-High Bridge Jump. This really is the coolest toy, especially for a little boy who loves all things trains. It’s not just a track to make the train go round and round and simply watch the train. The child actually has to interact with it and set it up otherwise it won’t jump.  It has kept Sebastian entertained for a few days now. The only problem is that it’s really big long and I haven’t really figured out a good temporary set-up for it where I can put it together and take it apart when he’s not using it, so since Christmas, it has been permanently set up in my family room. 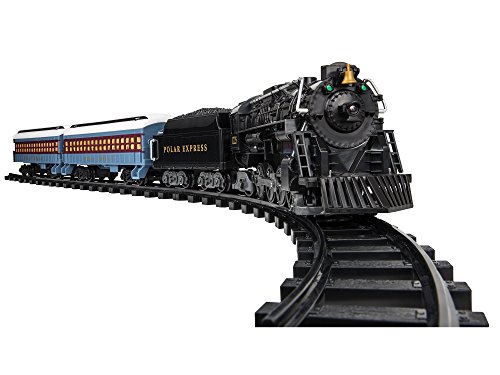 Another amazing toy is Lionel’s Polar Express train set. Again, my son has a thing for trains. There’s actually a back story as to why “Santa” brought Sebastian this train set. My husband has a Lionel train set that he has had since he was 3 years old. It’s on of the old timey ones on metal rails and an electric box to make it go. It’s actually a really nice set, but since it’s 40 years old it’s a bit delicate for a 3-year-old and Sebastian LOVES to play with “daddy’s trains”. We figured if he had his own train set that he wouldn’t ask to play with dad’s anymore and so far it has worked!

Sebastian has been playing with his Polar Express train since it arrived as well. It also has a semi-permanent setup in my family room. Right now my family room is nearly impassable because of all the toys. 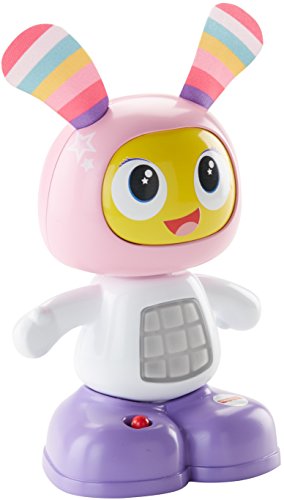 A toy that was given to Madison but has captured Sebastian’s attention too is the Fisher-Price Dance & Move BeatBelle. Madison is interested in it and she interacts with it as much as a 6-month-old can, but Sebastian actually sings with it and it has an option to record his voice and make a song out of it. He loves that feature and uses it all the time. Madison watches it as it moves and sings and she’ll also grab it and put it’s hands or ears in her mouth since we’re teething and in the “everything goes in the mouth” stage of life.

t’s been busy and hectic but fun around here. My life is far from perfect and not entirely happy all the time, but it’s not a horrible life. Once I find my balance where I can do my things and have the kids do their thing and then we come together to do our thing, I think things will get better. Right now I miss myself, but I remember this same feeling with Sebastian. His first year was rough, then it got better, and then he turned 3.

It is constant work to keep things in perspective; to remember that this hardship will only be for a short time and that despite it all, these kids only be young for a very short amount of time in the grand scheme. I am cherishing the moments (as well as dreading the hardship of it all) and I know I will miss it when they are grown. It seems like every time I look at them they’re just a little bit bigger.

Preparing Myself for the Unexpected

I Let My 3-year-old Son Wear a Dress