Skip to Content
Home >> Momfessional >> Preparing Myself for the Unexpected

During my pregnancy with Sebastian, at this same point in that pregnancy, I was looking at cute little clothes for him to wear because it was fun to do. I had even purchased a few onesies and outfits that were adorable and I knew would not be available anymore when he was born. Yes, I wanted to be prepared, but at 22 weeks, there is still plenty of time to consider getting clothes. Being 2 weeks past the midway point, it’s not an emergency. I don’t feel that way with this pregnancy because of the complications we’re having and feel like I need to be preparing myself for the unexpected. I’m hopeful that we will go to term, but there is a very real possibility that this little girl is going to make her appearance a lot sooner than expected.

As I described in my previous post, I am being proactive with my care and I am doing everything possible to make sure she cooks for as long as possible, but nobody really knows what my body has planned for this pregnancy, and with my Type A personality I feel like I need to be prepared just in case I go into labor prematurely. At this point, all I have for her are a few cloth diapers that I have picked up because they were deals I just couldn’t pass up, but I have no newborn clothes. I didn’t think we were going to have another child after Sebastian, so I had given away all his newborn clothes and was preparing his bigger items to give away as well. Besides, a lot of his clothes are not gender neutral, so there are a few things I was able to pick through and save, but not a whole lot. This pregnancy was a bit of a happy surprise for us, so we were not as prepared for it as if we had considered the possibility of a second.

So I started shopping around looking at newborn clothes for my baby and instead of it being a happy time for me, I’m being met with a lot of sadness and grief, unlike a few months ago when I went shopping for a little outfit for her gender reveal, because I really don’t know what the outcome of this pregnancy will be. I am trying my best to stay positive, but I also need to allow myself to feel and cry and I’ve been doing a lot of that lately.

Googling is not my friend

I have been Googling a lot, which I know I shouldn’t do because all that truly does is put things in my head, but I did find scholarly articles (which I prefer over forums) as to what having a short cervix means and the outcomes of different studies. What I found is highlighted in this article at OBG Management:

In a multicenter clinical trial, Iams et al measured the length of the cervix at 24 and 28 weeks in an unselected gravid population and determined that a length less than 26 mm at 24 weeks increases the relative risk for preterm delivery by a factor of 6.19, with a sensitivity of 37% for delivery before 35 weeks and a PPV of 18%—thus establishing the definition of a short cervix.

In a retrospective cohort study, Hassan et al reviewed cervical measurements in an unselected population between 14 and 24 weeks, and found that close to 50% of gravidas with a cervical length of 15 mm or less delivered earlier than 32 weeks’ gestation. They therefore suggest that cervical length be measured early in the second trimester to obtain more accurate assessment of underlying risk for cervical incompetence.

And I also found this neat little Powerpoint, by Dr. Thomas J. Garite, Professor Emeritus at the University of California, Irvine, that basically states there is a 44% reduction in preterm birth at less than 34 weeks while using vaginal progesterone when a short cervix was diagnosed between 20 and 25 weeks gestations using a transvaginal ultrasound. So that’s positive, but there is still a 56% chance of preterm birth. Basically, it’s anyone’s guess, but the outcomes appear to be much better with vaginal progesterone therapy, which I am taking.

So because there’s is still more of a chance of my going into labor early, I’m left with the task of preparing an emergency bag in case I do go into labor prematurely, and this task is a bit daunting because I don’t know what to prepare for. I know what I need to pack for me, but I’m not sure what I can or should prepare for her since a premature birth will most probably land her in the NICU. I also have to consider things like bottles and pumps, which I still have in storage and should start bringing out to prepare. I had recently put the base to the infant seat in my car so that I and Sebastian could get used to the baby taking up that space in the car, and now I’m glad I did because if I have to run to the hospital much sooner than expected, I’m already prepared for when I take her home. I was actually considering removing it from the car, but now I don’t think I will after everything I’ve read.

Not only do I have to consider packing emergency hospital bags for myself and my daughter, but I also need to consider Sebastian and what I should prepare for him. He will be staying at Nana’s house while I’m in the hospital, so I will need to pack a bag for him as well. Thankfully Nana has supplies of her own at her house so that task won’t be as daunting, but I don’t like having to depend on her supplies. It’s always better to send him over with his clothes and diapering supplies.

There is just a lot to think about and a lot to consider and in truth, it’s all very exhausting for me, emotionally as well as physically, and at a time in my pregnancy when I’m already exhausted.

If anyone has been through a similar situation and has any tips, I would truly appreciate them. 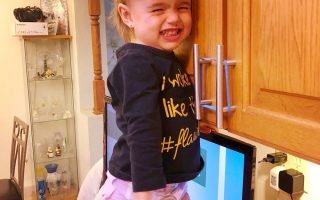 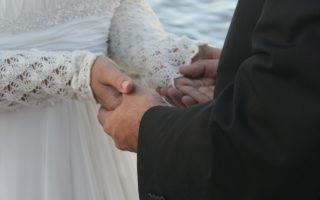